Asia Poker League Vietnam concluded the first of four starting days of the Main Event with 64 entries (55 uniques, 9 re-entries) buzzing up the tables at Pro Poker Club. After the scheduled fourteen 40-minute rounds, the field trimmed down significantly to just 14 players. Amassing the largest  stack wasNguyen Thi Hien Hoa with 290,000. No player came close to her stack. Hoa now sets the bar very high for the next starting heat. 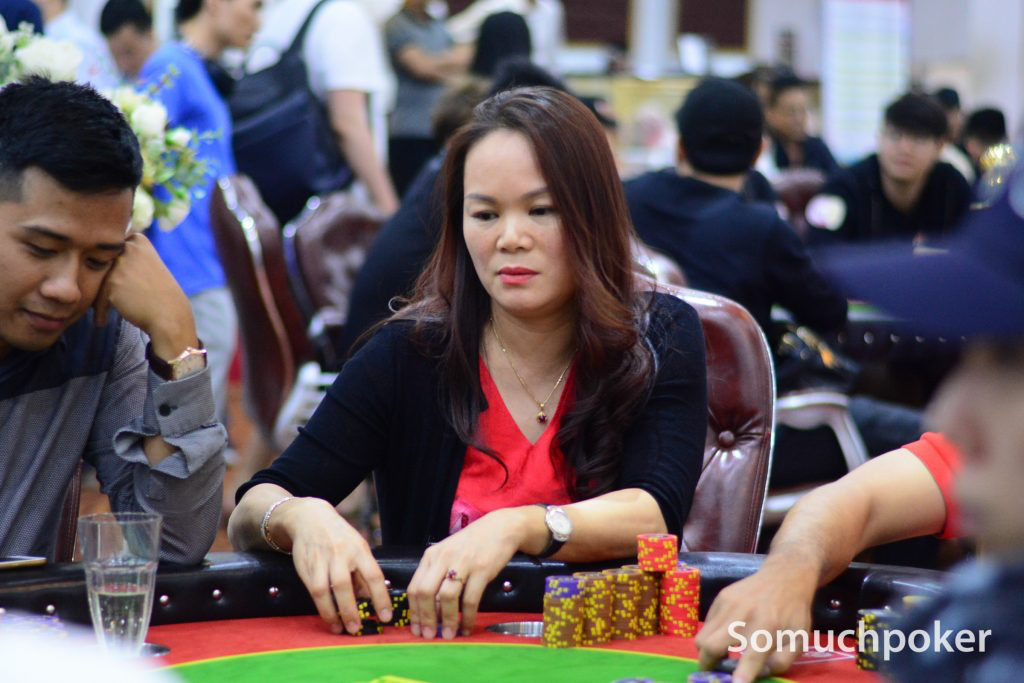 One of the biggest pots to help Hoa on her way to the top was a double bust delivered at Level 11. She railed Pegasusand Kevin Ho-Dinh simultaneously. It was a three-way all in at the flop

draw. Both Ho-Dinh and Pegasus missed the turn

You can read up on the action and other hands witnessed throughout the day via our Live Updates post.

We also have the results of the Kickoff and PLO below.

The 14 Day 1A survivors take a few days break before returning to the races for Day 2 on Thursday, May 16. They await the results of the next starting days, Day 1B, Day 1C, and Day 1D.

Schedule and details below:

The Kickoff event resumed today with Day 2 seeing 54 advancing players out of the 359 total entries back on the felt for the race to the title. By the time it was down to the last two tables, Taiwanese pro Jack En-Ching Wu had amassed a very big stack which he brought with him to the final table. In the end, his commanding stack was too tough for his opponents to crack. He defeated Malaysia’s Ken Ming Thoo to capture the VND 522,350,000 (~US$ 22,500) first prize.

For a brief recap of the final hands starting at three-handed, Wu had well over 50 percent of the chips in play and was up against Ken Ming Thoo and Plivcs Aigars. Short stacked Thoo managed to double up through Aigars with pocket queens over pocket nines. Now on the short end, Aigars doubled up through Wu with pocket nines over pocket sevens. The boosts for both players were short-lived with Wu sending them both to the rail.

Falling in third place was Aigars with

flush with the board running

. Thoo followed immediately after with

unable to hold against

. The final board was

Somuchpoker will be onsite to bring you full coverage of APL Vietnam including Live Updates of the ongoing Main Event.